Yet another thing we take for granted: the sheer variety of palatable fruits and vegetables where once they were few.

Inspired by the recent Peach infographic, I set out to find the least natural fruit in existence, and decided it was probably the modern watermelon. Take a look below: which one would you rather eat? 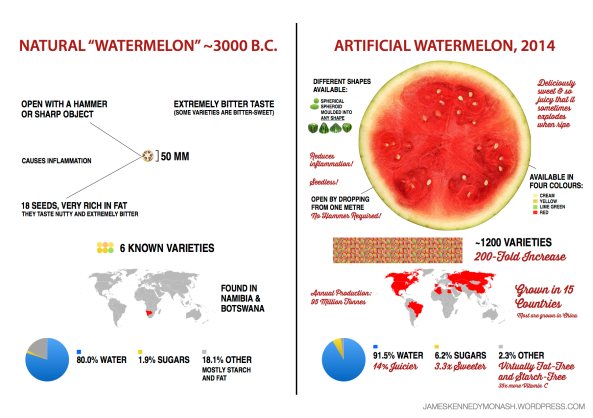 The watermelon, delicious as it is, has increased from 50 mm to 660 mm in diameter, which represents a 1680-fold increase in volume. While ancient “wild watermelons” weighed no more than 80 grams, modern watermelons can range from 2 kg to 8 kg in the supermarket, while the Guiness World Record for the heaviest watermelon recorded exceeded 121 kilograms in the year 2000. Thousands of years of human-induced evolution have worked miracles on these fruits. Let’s not forget that they’re completely artificial.

The most famous example of artificial selection is of course the selective breeding of the feeble teosinte plant into juicy, delicious, North American sweetcorn. 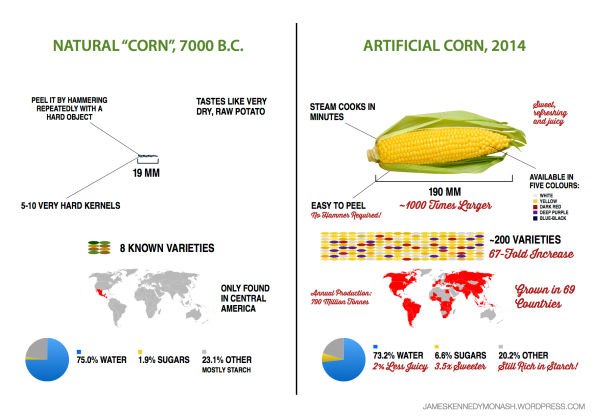